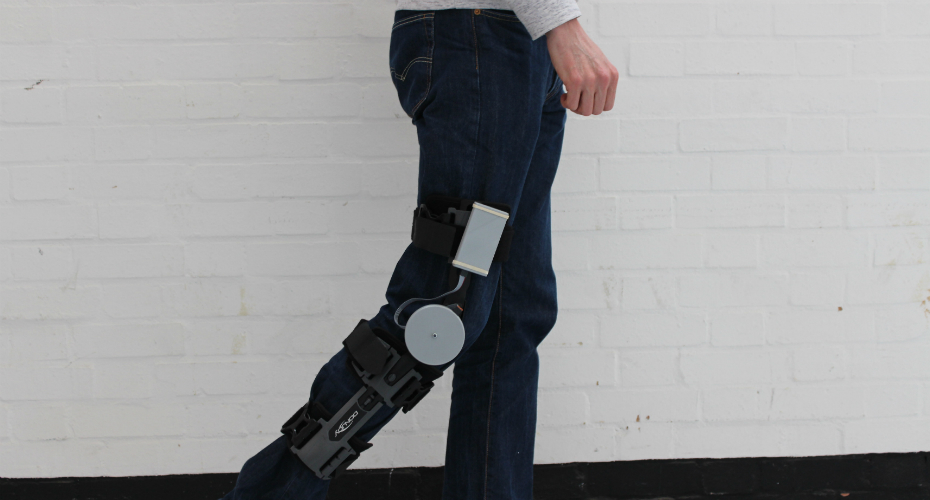 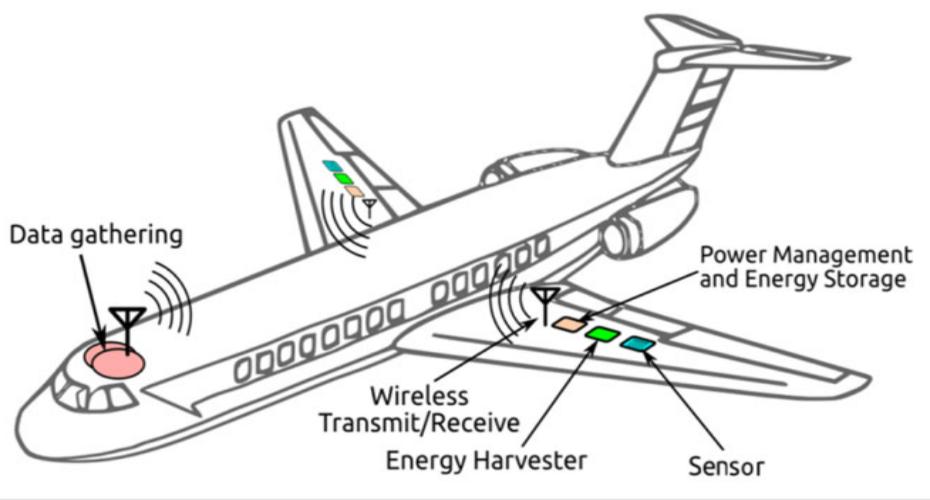 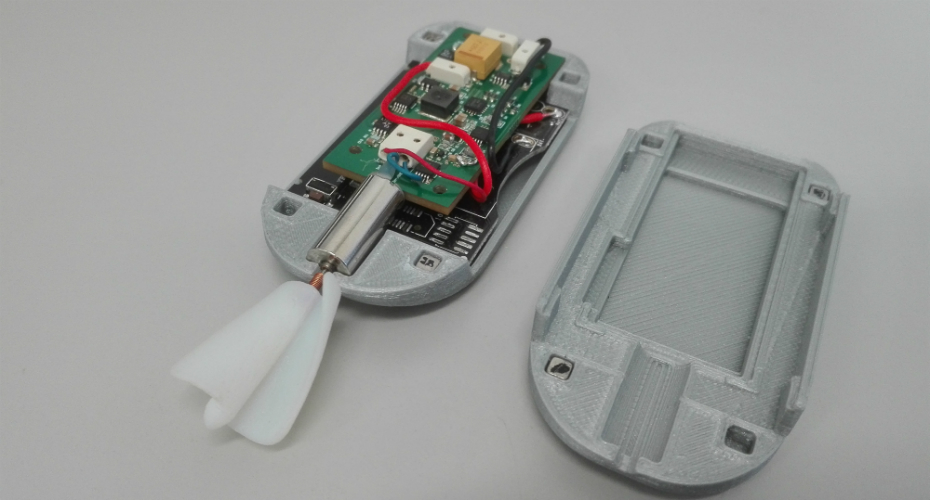 This theme focuses on the design, modelling and characterisation of kinetic energy harvesting transducers to produce usable electric power for a wide range of industrial applications. The kinetic energy sources we are working on include but not limited to: human motion, machine/bearing vibration, rail track vibration, dynamic strain on structure (e.g. aircraft wing) surfaces, air flow and pipeline vibration. The sub-areas we are researching include:

To further improve the power output of strain energy harvesting, we are currently researching on auxetic metamaterials. The preliminary proof of concept using a single re-entrant hexagon as the auxetic substrate under the piezoelectric element has demonstrated 14.4 times the power obtained using an otherwise comparable solid substrate, under the same excitation. This method thus shows promise for increasing the power output of future energy harvesting transducers. 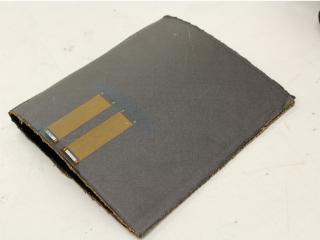 More information will be released soon.

We developed mechanical and magnetic plucking mechanism to convert low-frequency motions to the high-frequency resonant vibrations of energy harvesters, thus enabling high-efficiency and high-power output of power generation. This mechanism was successfully used for knee-motion energy harvesting, which aimed to provide electric power for wearable sensors. The developed knee-motion energy harvester is able to produce average power of 5.8 mW when walking at 1 step per second. 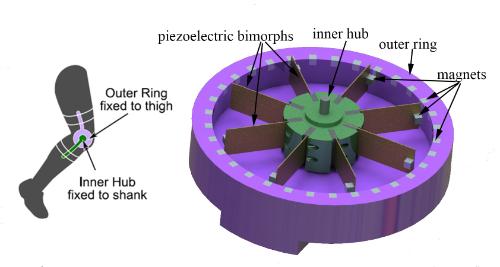 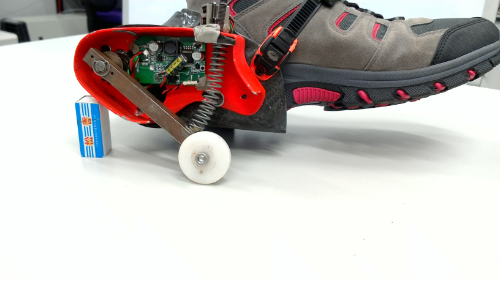 We developed and patented a novel nonlinear magnetic rolling pendulum (MRP) for broadband energy harvesting. It consists of two coils and four neodymium (N42) magnets magnetized along their thickness direction. Magnets B, C and O are fixed to the frame, while magnet A is free to move. The polarisation direction of A is the same as B and C but opposite to O. As a result, A is attracted by O but repelled by B and C. Magnet O constrains the motion of A on its surface. Magnets B and C provide a nonlinear magnetic spring force, which can be adjusted by the dimensions and positions of B and C. When excited, magnet A rolls on the surface of magnet O. Two coils are placed symmetrically along the passage of magnet A. As magnet A passes by the coils, it introduces variation in the magnetic flux in the coils and thus produces electricity. 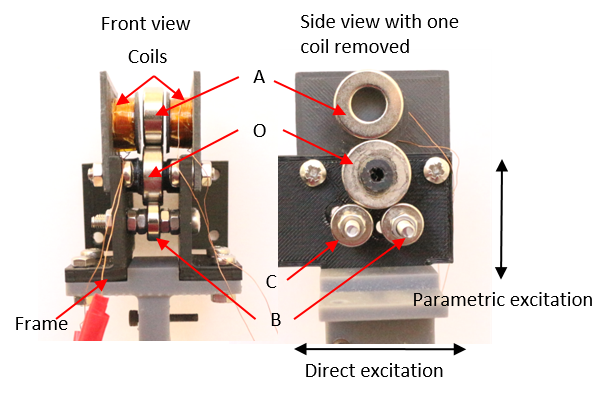 The MRP can be excited horizontally and vertically. When excited horizontally, it is a nonlinear system subjected to a direct excitation. In this configuration, in addition to the usual primary resonance, the MRP showed a secondary resonance region with similar power output but even wider power bandwidth than the primary resonance.  When excited vertically, the MRP is a parametrically excited nonlinear system. In this configuration, the MRP produced a peak power of 3.6 mW with a half-power bandwidth of 4.8 Hz. The frequency range can be manipulated to suit different applications.