BLOG: Mind the gap – finding the next step on the urban drainage journey.

In this Blog, Dr Sarah Ward, Senior Research Fellow in the Centre for Water Systems, reflects on a recent visit to the 14th International Conference on Urban Drainage

Returning to the 2017 14th International Conference on Urban Drainage (ICUD) in Prague after a brief pause (I missed 2014 in Malaysia as had just become a Mum), I wasn’t sure what to expect. After the first full day of presentations my mind flashed back to the first ICUD I attended in Edinburgh in 2008 (almost 10 years ago!). At that ICUD there was excitement around the potential of rainwater harvesting (RWH), sustainable drainage (SuDS), green infrastructure (GI) and other ‘alternative’ approaches to water supply and storm-water management. But there was also frustration: that they weren’t mainstream, weren’t being implemented, there were too many policy hurdles and there was no data on their real-world performance (modelling studies aside). However, there was also hope: the millennium drought in Australia had ignited a passion for water sensitive urban design and water sensitive cities, the UK had realised a twin-track approach was needed (new resources plus demand management) and other international examples of more participatory ‘low impact development’ or ‘best management practices’ were shining through.

Back to that first day and the rest of the week in Prague, I could see that hope had overcome and won through to address that frustration. Entire sessions dedicated to green roofs and permeable paving demonstrated there are now plenty of international laboratory and real-world test beds with robust water quality and quantity datasets (despite the perceptions of some). A double session on Sponge Cities illustrated how, modelling, optioneering and implementation of alternative concepts is happening at the city scale across China. Sessions and a keynote lecture on real-time control (RTC) highlighted that big data and scenario-based prescriptive decision making is no longer the future, but is the here and now (and supersedes description, diagnosis and prediction). As is the emergence of gamification and serious games. And the new kid on the block in Edinburgh (participatory approaches) had become the old friend, with sessions on stakeholders, governance, water management and society, urban planning and involving the community, reassuring the non-engineers in the audience that people and place are still in the mix and participation is happening (to varying degrees and in many ways) across the global water management stage. Creative policy interpretation was also represented with a great example from the UK – re-interpretation of the Sewers for Adoption guidance to enable SuDS to be adopted as sewers (and the challenges and opportunities that could bring, not least what would be in (swales, ponds) and out (RWH)). 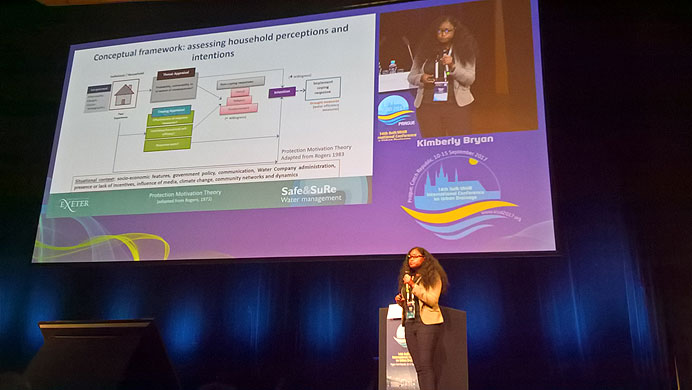 Despite all these positives I couldn’t help but think that something was missing. After chatting with colleagues during the week it soon became clear that all these things were being regarded as the required new normal (even though wider societal shifts are generally lagging behind, as is the case in most transitions) and no one had really talked about the future or questioned that these alternative ‘new’ approaches were the final point on the urban drainage journey. Has the community been so focused on gap-filling that it’s neglected to foresee the next set of gaps? Resilience was probably this year’s new kid (again with dedicated sessions), but with so much work and action already being taken on that it’s hardly a new gap to fill. Perhaps the next ICUD in Melbourne in 2020 will be the place to ‘mind the gap’. 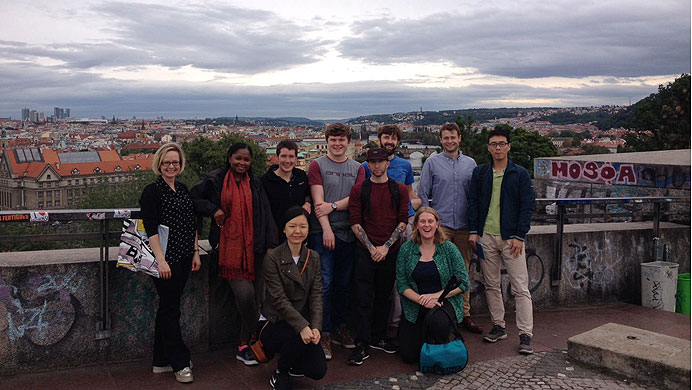